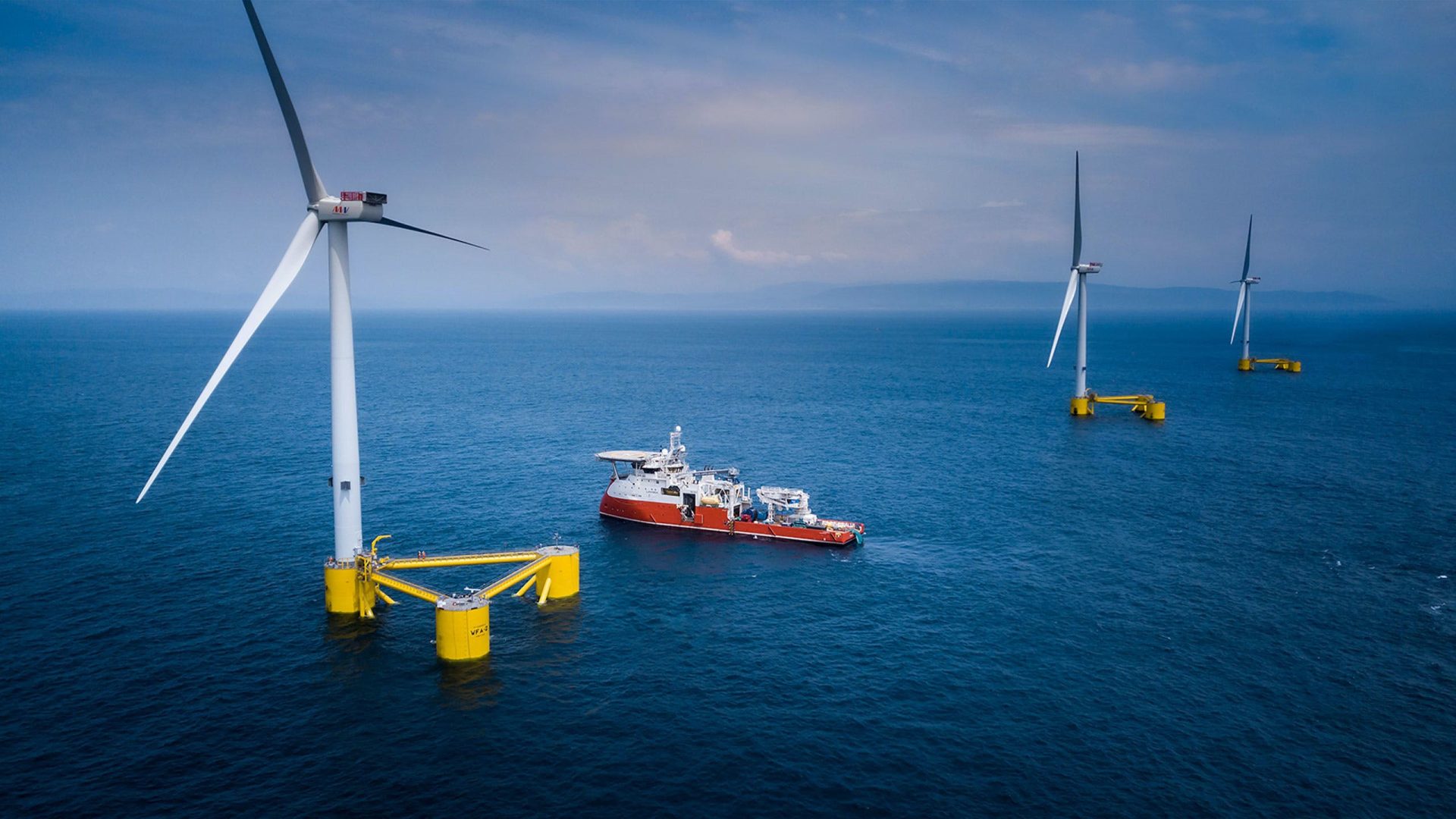 Energy officials in the state of California have released a draft of the West Coast’s first offshore wind road map, calling for more gigawatts of electricity from the renewable energy type than any other U.S. state to date.

In a report made public Friday, the California Energy Commission (CEC) recommended building 3 GW of offshore wind by 2030, followed by a larger wave of development in subsequent years. By 2045, the commission found that the state should produce anywhere from 10 GW to 15 GW of electricity from wind turbines located off its coast, enough to power roughly 10 million to 15 million homes.

Adam Stern, the executive director of Offshore Wind California, which represents large prospective developers, called it “very encouraging news and an important milestone” for the state’s industry. The goals “show that California is serious about ‘going big’” on offshore wind, Stern said in a statement.

A finalized version of California’s offshore wind roadmap could come as early as June. Its recommendations stem from a law passed last year, A.B. 525, which tasked the California Energy Commission with drawing up a statewide offshore wind target.

Three other planning documents are due next year, ranging from a strategic plan and a permitting road map to an assessment of economic benefits and workforce demands. All of the documents will inform the state’s resource procurement process, in which regulators and utilities plan how the state will source its electricity. By 2045, California must receive 100 percent of its power from carbon-free resources.

California’s goals would also imply billion-dollar upgrades to the grid. Northern California is an area targeted for grid development.  In the Humboldt Wind Energy Area, transmission upgrades will cost anywhere from $2.1 billion to $4 billion, according to estimates from grid operators at the California Independent System Operator (CAISO).

Unlike the East Coast of the US, all of California’s offshore power would need to come from floating turbines, a more expensive and complex variant of the technology. Floating turbines mostly exist at a pilot scale globally and have never been constructed in the United States.

Implementing the state goals also would mean interference with other ocean users ranging from fishermen, shipping companies, to the Department of Defense and marine conservation authorities, CEC acknowledge in the report.

Floating wind turbine systems are a must for the West Coast, where the Pacific’s waters are too deep to accommodate the fixed-bottom turbines planned for the East Coast.

– In Oregon, state officials are due to issue their own roadmap by September for building up to 3 GW of floating turbines.

– New York’s energy officials have recently said they are beginning to plan for floating wind, too. Doreen Harris, CEO of the New York State Energy Research and Development Authority, told the audience of an industry conference last month that the state could “easily double” its current 9 GW goal if it helps build floating turbines, according to Recharge.

The Cost of Energy From California’s Floating Offshore Wind Plan

Another open question for offshore wind is cost. The cost of California’s offshore wind plan may depend largely on whether the technology gets built and proven off the coasts of other countries, where commercial-scale projects are already planned.

One 2020 report from the National Renewable Energy Laboratory (NREL), which was cited in the California offshore wind blueprint, estimated the levelized cost of floating wind (LCOE) in California at anywhere between $83 to $180 per megawatt-hour.

Most of that range is higher than the cost of the first U.S. offshore wind projects. Vineyard Wind (Massachusetts), the first of the US’s  utility-scale offshore wind projects, is scheduled to generate power for $96 per MWh, while New York’s Mayflower Wind will generate power for $71 per MWh, according to an Energy Department market report last year.

The NREL report predicted that if a modest number of floating projects are deployed globally, however, costs in the U.S. could drop to the $53-$64 MWh range by 2032, thanks to economies of scale, bigger turbines and technological innovations.

One other source of uncertainty for California’s offshore wind future is the availability of federal tax credits, the California road map said. Offshore wind projects that start construction before 2025 can capture at least some fraction of the current 30 percent investment tax credit, but after 2025, the credit would need to be extended by Congress.

In modeling for California, the tax credit could bring the cost of the first floating projects from the $60-$70 MWh range down to $40-$50 per MWh, California officials said.