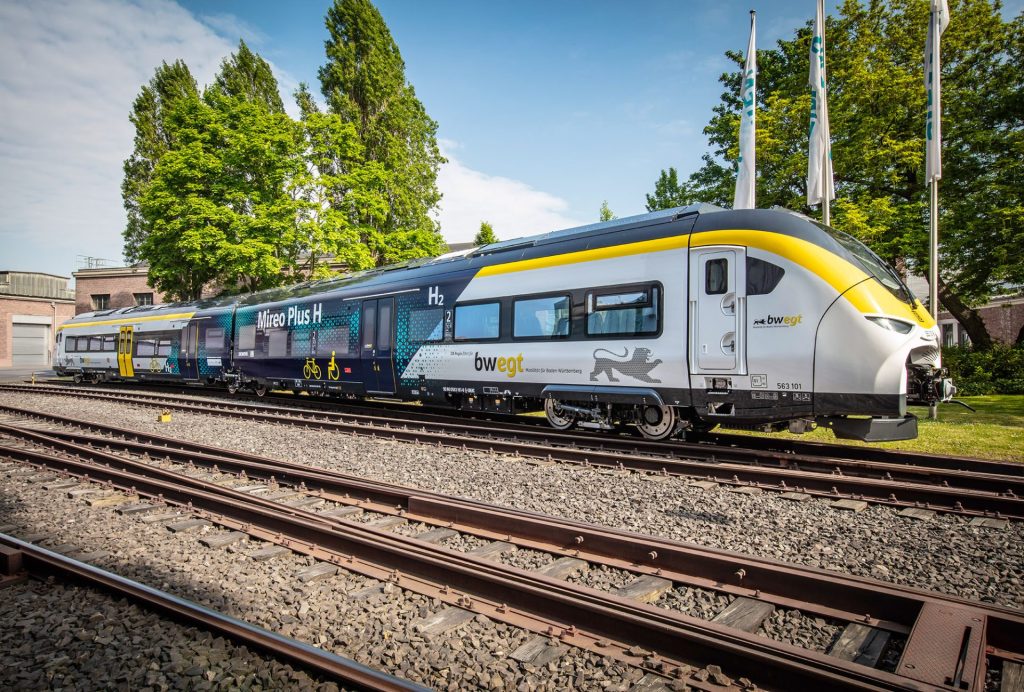 The train and its new infrastructure are intended to replace diesel trains in commuter and regional transport and reduce rail-related CO2 emissions to zero.

The Mireo Plus H is a development for the ‘H2goesRail’ project. The project is being funded as part of Germany’s National Innovation Program for Hydrogen and Fuel Cell Technology (NOW GmbH) with €13.74 million by the Federal Ministry for Digital and Transport (BMDV).

“In its coalition agreement, the federal government agreed to electrify 75% of the country’s rail network by 2030,” said Michael Theurer, Parliamentary State Secretary in the BMDV. “Here, alternative drives can help reduce emissions from diesel rail transport. This way, we’ll be able to operate virtually climate-neutral on rail routes where full electrification is not possible. The H2goesRail project will not only test the use of hydrogen for rail, but substantially advance the technology.”

“The Mireo Plus H enables climate-friendly and emission-free passenger transport,” commented Michael Peter, CEO of Siemens Mobility. “With the Mireo Plus H, we’ve developed the next generation of hydrogen-powered trains that offers a particularly long operating range and faster acceleration. Each delivered train can save up to 45,000 tons of CO2 over its service life of 30 years compared to corresponding travel with cars.”

As a two-car train, the Mireo Plus H  has an operating range of up to 800 kilometers, and  is as powerful as an electric train. It can achieve a top speed of 160 kilometers per hour. A three-car version of the train has a range of up to 1,000 kilometers.
One key element needed to make hydrogen technology competitive with diesel fuel in daily operation is a fast refueling process. To provide this, DB has developed a new method that, for the first time, enables a hydrogen train to be refueled as fast as a diesel-powered train. This is an especially important factor for scheduling of DB’s regional passenger service. The fast refueling of hydrogen trains will make the technology competitive in daily operations.
Hydrogen trains have a climate-friendly drive technology, since it operates emission-free with green hydrogen and emits only water vapor. In the H2goesRail project the hydrogen train is predicted to save around 330 tons of CO2 each year one on the Tübingen-Pforzheim route, compared to a diesel-powered train. In general, the Mireo Plus H can save 520 tons a year depending on the designated route.
The hydrogen will be produced in Tübingen by DB using green electricity taken directly from overhead power lines. To service the train, the DB maintenance depot in Ulm will be equipped accordingly.
The Mireo Plus H will start testing in Baden-Württemberg in 2023. During its planned passenger service in 2024, the Deutsche Bahn Mireo Plus H will provide regular passenger service between Tübingen, Horb and Pforzheim and replace a diesel train.
PrevPrevious
NextNext